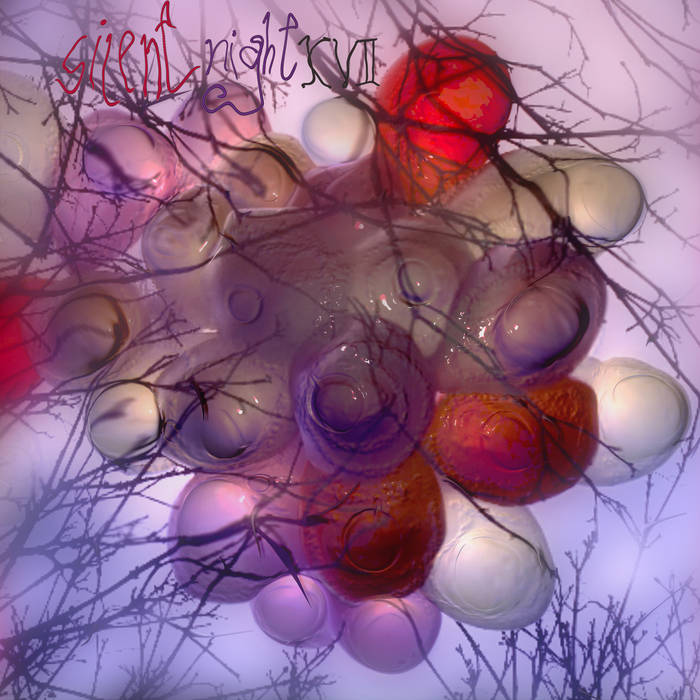 filipgudovic one of the most beautiful ambient collection i've heard in years. It has great transition between the mixes and sets the right mood four our current global situation. Definitely gives us hope to go on. Stay safe everyone ! Favorite track: nemuruaidanokotogahonntounara.

"Although this release marks an end, it will no doubt inspire many beginnings, the sprouting of undiscovered species, alien pollen drifting into the ears of adventurous somnambulists everywhere." (Soul Feeder)

This Genot Centre x Quantum Natives mammoth 7h+ release SILENT NIGHT XVII (GEN039/QNR034) is by no means just a live recording or a compilation of long form abstract materials - the execution after conception was 50ish participants first placed under a blanket, then under a type of charm; slowly transposed from their makeshift isolation tank into that misty no man's land between sleep and faint vigilance. This collection of self-contained invocations was then a temporary gate, not one, but several entrances or ruptures into some integrated environment, then repatched once more in the currently presented form after its temporally resolved evental incarnation - 17.2.2019.

These long-form cholinergic phantasies indeed follow an unpredictable, drowsy walk; evoking alien marshlands, massive cathedrals, incongruous machinery or even whole biomechanical swarms, ominously frozen or zoomed in euphoria; bubbling, liquescent sound incense that is somewhere between the meteorological and the deceptively simple though dynamic output of a complex living system, something like the soothing sound of a crackling fire burning in the cave hideout - and could it be someone is whispering, far away? And yet, there's something reassuring, something solid or even grounding to be found in the presence of slowly shifting overtones, a resonant tapestry, a living hum. These scenes might appear superficially impenetrable, but they are locally coherent and follow a lucid flow; the flow of dream logic and the sense of never-ending hyperassociative movement.

// Genot Centre (Ondřej Lasák & Wim Dehaen) about the event
“The concept of Silent_Night sleepover concert series went as follows: circa 40 visitors stay overnight in a theatre and take place on mattresses. Then there are a few performances, usually of abstract, ambient or drone music. All through the night there is sound playing and the visitors are supposed to fall asleep or get into some sort of hypnotic state during the night.
We organized a total of 20 of such overnight happenings, collaborating with many of our favorite collectives and musicians. The showcase night done with the Quantum Natives collective, on which this release is based, was an ultimate manifestation of our set-out goal - subverting ideas of what abstract or "ambient" sound can be and incorporating contemporary aesthetics from the delocalized and internet-based group. Through a combination of live performances and prepared and then transmitted audio pieces, a cohesive presentation was formed out of the highly heterogeneous set of contributions.”

// Awe Ix (of Quantum Natives) about the video
“The video is a 7-hour sleep cycle companion for media-aided hypnagogic rest and journey sessions, aiming to replicate the intention of the music as art targeting the liminal regions bordering slumber and dream.”

// Special thanks to h5io6i54k for his SD card design & help in the process of making this release happen.
instagram.com/h5io6i54k