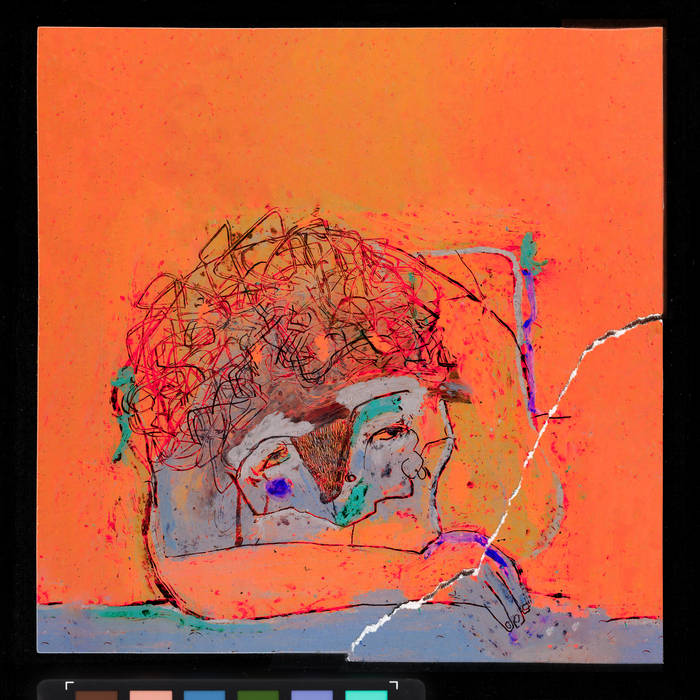 Lord Dubious Discernible tension throughout. Excellent soundscapes with a great use of the stereo field. Favorite track: Kapten.

tctclr Dense and intricate without losing a sense of curiosity and intrigue throughout. An excellent and truly promising debut.

"Listening carefully to a QOW album is like watching surreal art. You can study it over and over, explore it from several different angles, yet you will always find something new." (Swine Daily)

DAWAFER by QOW is a pressure-cooked stockpile of built up energy with only incidental, surprising release valves; the rhythmical approach varies from fluid, goopy, malleable percussion to a sometimes more overtly kinetic confrontational pulse - before dissipating into a fog of looming, scorching sound clusters, murky pads that seem to radiate heat, implying scraping, stretched transformations of the raw material. Razor-sharp, gleeming metallic reflections, rattling membranes, spring-loaded patterns are interspersed or even temporarily hijacked by faint mutterings, mangled voices and chance recordings, figuring as the marker and constant reminder of a mostly invisible but always pushing phantom presence.

// Omar El Sadek (QOW) about the album
“A balance of exploration and protection, Dawafer (arabic for fingernails) is a personal album that’s as exhausting as any given Wednesday in my Cairo. All tracks on this album were constructed by the constant interruptions of the curious inspective nails, the sharp protective nails, and the stressed out self-bitten nails. The album’s artwork is a self-portrait set in the evening of that same wednesday.”

// QOW's bio
Omar El Sadek (b. Cairo, Egypt in 1998) is an audiovisual and inter-disciplinary artist specialising in electronic sound production and animated visuals. He’s currently based in Prague, where he studies Fine Arts & Experimental Media.
Omar’s work and sound pieces focus mainly on experimenting with the fragile nature of his surroundings including himself. On the visual side, he takes a similar direction investing in the poetic beauty of imperfections, both visually and conceptually. This principle is mostly visible in his works with artists such as ZULI, MSYLMA, Drew McDowall and Know V.A. Visual work has been exhibited at European audiovisual festivals such as Unsound Festival in Krakow, and Lunchmeat Festival in Prague.
Other works & commissioned soundtracks were for directors like: Tahoun, Selim, different commercial clients and independent short films like (House Of The Flying Architect), which was awarded the Best Overall Contribution medal at the 2018 London Biennale.