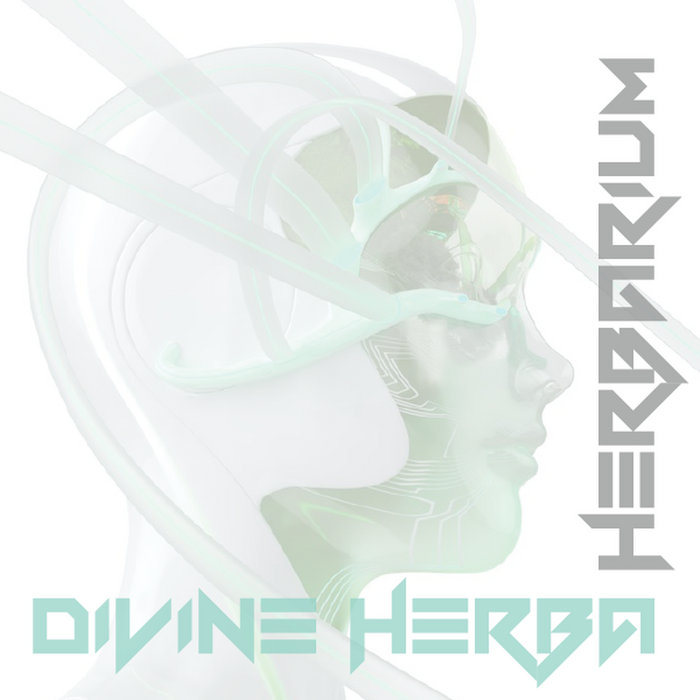 On DIVINE HERBA, HERBARIUM provides a glimpse into the future, a look into a small group of espresso drinkers who believe in a digital Utopia. Using the vocabulary of postgrime and Jim Ferraro's most techno-optimistic commodity-informed timbres, six bioluminescent tracks are crafted, inhabiting the sinister no man's land between profound sound design, informed evocations of club rhythms, and tranquil, hi-tech dreams of nature-body-technology synergy. Imagine a wifi-jacked club where dancers sip eco-friendly smoothies, shuffle around in crocs and share a collective dream of plant-infused hyperreal cityscapes.

Norman Records: "What you might think will be a bunch of hippy chillout music is in fact more rooted in the style of warped electronics we’d expect from the Software Recordings crew, we’re looking at you Oneohtrix."

This cassette issue is digitally accompanied by a series of reinterpretations of the original release. The tracks were re-imagined by artists related to Eco Futurism Corp. (including Gem Tree, souleets and tropical interface). Further contributions are made by Genot Centre related artists and friends such as BEER ON THE RUG-associate Percival Pembroke and Vinyla Award holder Dizzcock.

A video for РИЗОМА is sculpted and rendered by fem-powered Czech video collective LOLLAB: facebook.com/wtflollab
"Man's greatest fear is the inevitable coming of a global catastrophe in the shape of a humane apocalypse - the end of history of mankind. And indeed - the biggest punishment for man and his conscious separation from nature is when the ecosystem itself crosses him out as a harmful parasite. The video suggests one of possible scenarios that can follow the ecological catastrophe caused by man. Spontaneity and naturalness are conserved and kept under the cover of sterility to the point of destruction. The same destruction that, together with newly gained freedom of the objectivized nature and technology, gives birth to a new order. An order of connection and interconnection, a rhizomatic biotechnological chaotic structure that is freed from anthropocentrism and lives, splits, binds and mutates completely freely and without any intervention by the „Great Cultivator“. If there is any space left for him at all, it is only in the shape of some sort of post human entity, consciousness that lives together with the planet and IS one of the many rhizomes in the New nature."